Anita's first stretch of her journey was traveling from Los Angeles to San Francisco in 17 hours and 55 minutes. On her Koast to Koast trip Anita will be welcomed by Kissel Kar owners with Kissel Kar branches along the way. 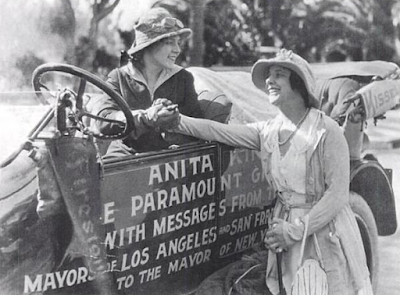 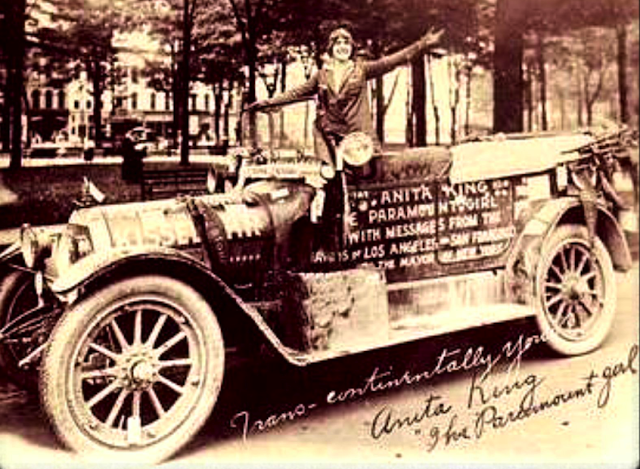 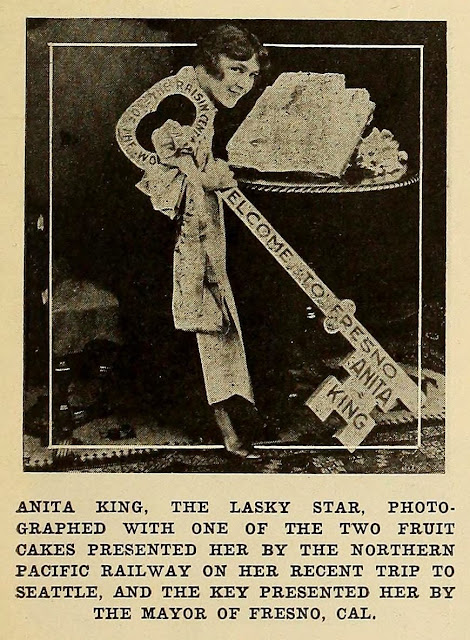 "The feat accomplished by Miss Anita King, the Paramount-Lasky girl, in driving to San Francisco from Los Angeles in the notable time of 17 hours and 55 minutes last week is to be followed this week by the start of a much more notable effort, the crossing of the continent in three weeks or perhaps one day over that period. The "Koast to Koast Kissel Kar" is to be used. Kissel branches all the way along the route have been notified and at many places Miss King will be welcomed by delegations of owners. At Oakland several owners are to meet the ferry which carries the young driver across the bay and are to escort her well on her way toward Sacramento, the first stop. The point of chief interest about the trip, perhaps, outside the fact that a woman is to undertake the task, is that the run is to be made over the Lincoln Highway. Previous runs of this character have generally elected the Southern or the Santa Fe trail. The daily schedule to Chicago follows: